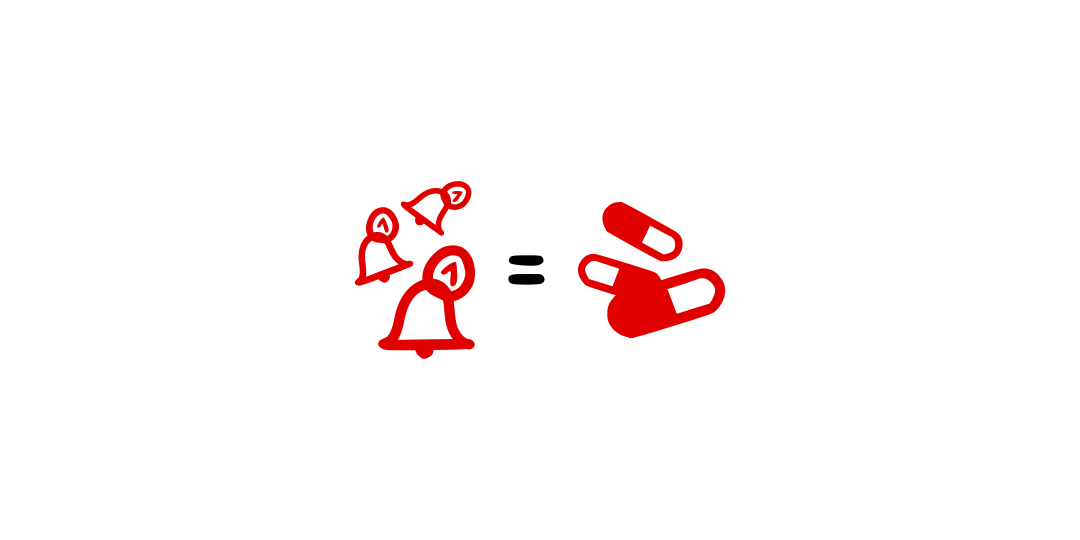 Have you heard about doing a dopamine detox?

Some people call it a fad.

Others take it to the extreme and intentionally stop talking to others.

Does dopamine detox work? Is it helpful or a waste of time?

I decided to get to the bottom of this. After dozens of hours of reading through scientific papers and mulling it over, I came to this conclusion:

Dopamine detox is a catchphrase to get our attention.

The original dopamine fast is a good guideline for healthy digital habits with a clickbait name, but it probably won’t help you much if you’re hoping to stop any ingrained compulsive behaviors.

If you want to know how to do a "dopamine detox" the right way by building on insights from Cognitive Behavioral Therapy, read this step-by-step guide.

Now back to the initial question: is it any good?

Why does dopamine detox make sense?

Dopamine plays one of the main roles in addiction (see study here). So it follows that the signs of needing dopamine detox are similar to signs of addiction.

Now, let’s backtrack a bit and get to the fundamentals.

Dopamine is a neuromodulator. Dopamine has many functions and is probably the most misunderstood neuromodulator. It’s mainly connected to motivation, reward, pleasure (mesolimbic pathway) but also to exercising executive control (mesocortical pathway).

One of the most important functions of dopamine is to motivate us to do more of a behavior.

When you receive a notification, your brain realizes that a reward (in the form of novelty) is coming, so dopamine floods your brain and motivates you to pick up the phone.

It’s a great way to learn because when our ancestors stumbled upon something that brought them a lot of dopamine (finding berries, source of water,...), they wanted to remember it and do it again. Dopamine made sure they repeated the right behaviors.

Dopamine is released naturally all the time. However, since the time of hunter-gatherers we were able to devise certain activities that release unnatural levels of dopamine:

These activities over-stimulate our dopamine system. If dopamine-sensitive neurons continue to receive too much activation, the neurons downregulate receptors to receive less signal and in doing so they lower their sensitivity. It then takes more and more stimulus to get the same level of response. This is called desensitization. It’s akin to when you go outside and there is too much sun, you adjust your eyes by squinting or closing them.

In layman’s terms, continual over-activation of the dopamine system erodes our ability to use willpower effectively, plan, resist compulsive behaviors, and more.

This shares a lot of similarities to addictions… but these changes can occur even without being addicted. This can lead to getting addicted later on.

However, the whole idea is based on Cognitive Behavior Therapy - which works even for internet addiction (see this study here).

My opinion is that the author created the technique to help people who are potentially addicted to technology, but who would have to go a long way to realize and admit it. Internet addiction is a behavioral addiction and often regarded as not a huge problem.

Our current stand is, what the author created is a guideline for general good digital habits everyone should practice to keep sane (don’t be on your phone in a bed), but it’s not what an effective dopamine detox protocol should look like.

What dopamine fasting is not

You’re not trying to get rid of dopamine

It’s not about getting dopamine out of your body. Not having enough dopamine in your system is a precursor to Parkinson’s disease.

The goal of this practice is to let your brain recover and restore your dopamine receptors to normal.

One of the criticisms was started by this Tweet:

The most extreme version of dopamine fasting is to:

Why would people do it?

People don’t take time to understand the idea, or maybe they’ve heard it in a conversation and decided to give it a go.

However, this isn’t realistic. It can be a nice challenge for a day or maybe a 10 day meditation retreat but it isn’t what this should be about.

This is exactly the opposite of what you want to do when you decide to do a dopamine detox. You want to continue to lead a normal life, while restricting potentially hyper-stimulative behaviors. You want to stop numbing yourself.

Speaking of leading a normal life, do you know which rats become addicted to drugs in lab experiments? The ones that are isolated, lonely, and bored.

So you most certainly want to talk to others and do interesting things, but more deliberately. For example by pursuing high-quality leisure.

You want to replace dopamine-heavy activities for some that are more natural.

It’s always easier to replace behaviors with new ones instead of trying to stop doing the old behaviors out of the blue. The problem isn’t a natural behavior like having a conversation with a friend, the problem is watching YouTube for 8 hours straight while scrolling on your phone.

A short dopamine detox might not do the trick

The next problem is that people usually try this dopamine fasting thing only for about 24 hours.

First, it makes sense, because people do it with a severity that isn’t sustainable for long.

However, 24 hours won’t do much at all… It might give you a sense of clarity, but a part of that will probably be a placebo effect.

Our brain’s ability to recover is amazing, but it still takes some time. For example, the brains of recovering alcoholics take months to recover.

When people hear that dopamine fasting should be longer, they give themselves a pass to not do dopamine fasting at all (it would be so hard, right?), so they continue surfing for 4 hours on their phone before they doze off at 2 am.

We talk about how to avoid this trap in doing the dopamine detox the right way.

So there you have it.

The original dopamine detox was created as a clickbait to promote good digital habits that keep us sane in the long run. Over time, the idea has been misunderstood and taken to the extreme that actually does the opposite of what it was intended to do. This extreme was then ridiculed.

Want to do a dopamine detox the right way? 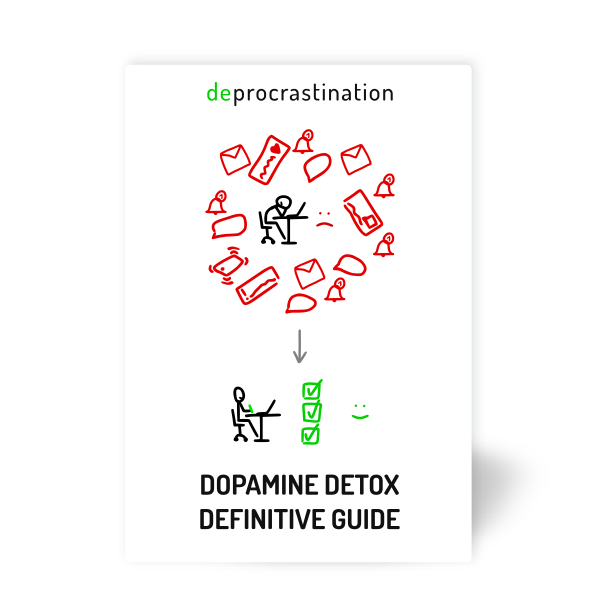 Stop scrolling and start living with our short practical guide 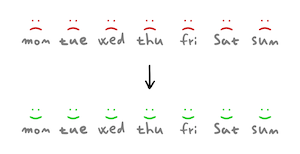 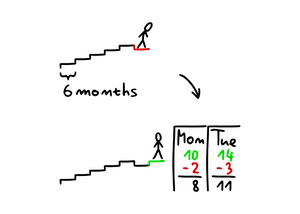 How to make work less boring 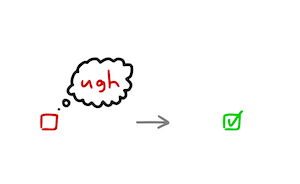