Fear of rejection? Here’s how to overcome it 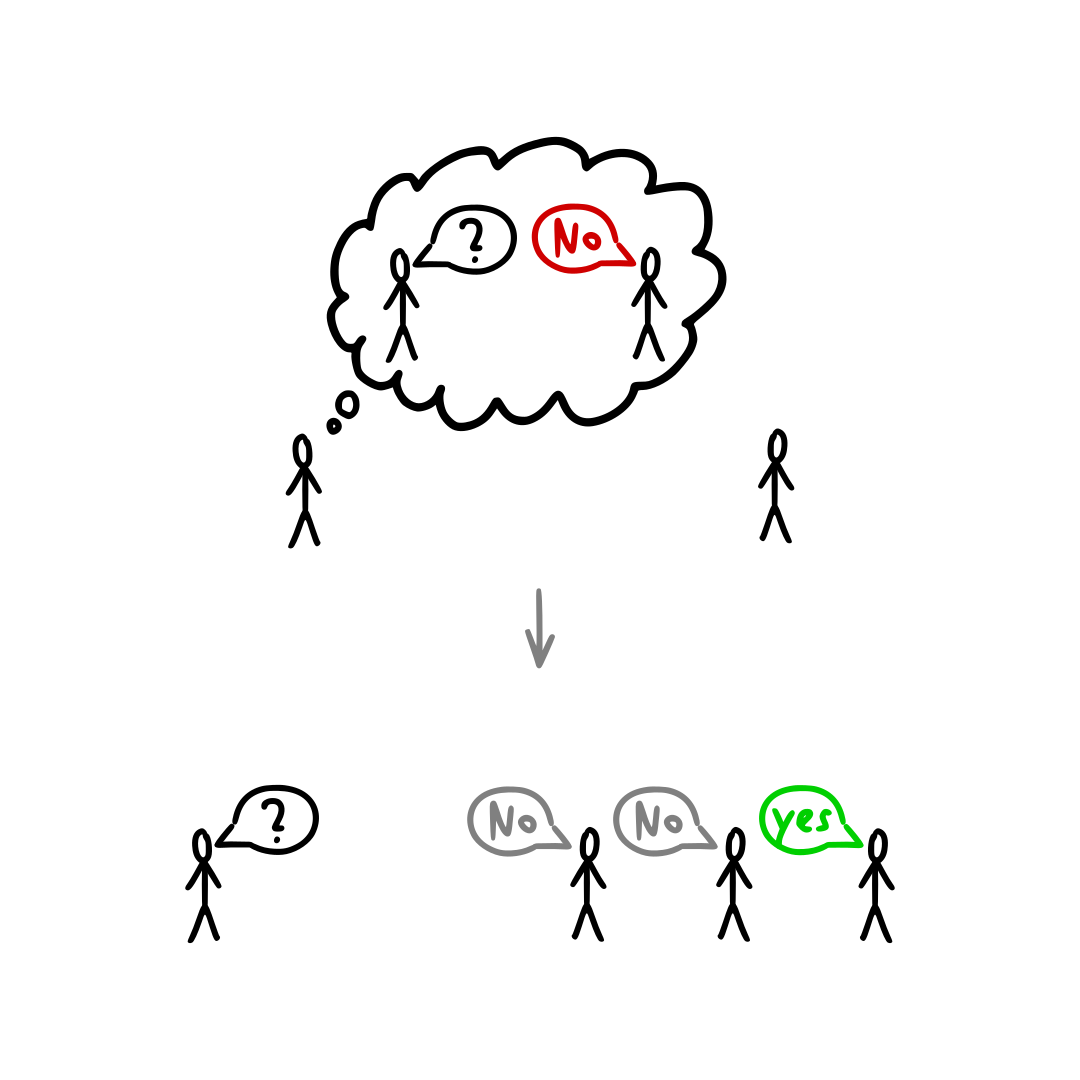 The fear of rejection can be a serious issue if left unresolved.

It can be frustrating when we avoid an important phone call, procrastinate on a serious discussion, hesitate to ask for that number, or delay asking for the raise we deserve.

It’s not only frustrating, it can also lead to us missing big opportunities in life.

Fortunately, there’s a way to reduce or even cure the fear of rejection.

Do you fear rejection?

If you want to find out if you fear rejection, we have a simple test for you.

Imagine you go to your local coffee shop. As you're standing at the counter, imagine asking for a 10% discount.

How do you feel about this?

Most of us feel really uncomfortable just thinking about it, let alone trying it.

Why do we fear rejection?

We need to understand why we fear rejection in the first place.

Our ancestors lived in small tribes where being accepted was of the utmost importance. If others didn’t like you, you could get banned from the tribe and almost certainly face death. Therefore, people who didn’t care about being accepted probably aren’t our direct ancestors because they usually died before their genes were transferred.

Since then, we’ve moved from small tribes into a hectic society where we can’t be accepted all the time because of how many people we interact with.

At the same time, we’re still wired the same way as our ancestors who lived in those small tribes and most of us carry their genes wishing for acceptance all the time.

That’s why we fear rejection so much. That’s why rejection feels not only like a rejection of our request, but also of our appearance, character, personality, and our whole selves.

How to overcome the fear of rejection

Here are the 5 steps we'll take you through to overcome the fear of rejection.

Let's get into it!

If you overcome the fear of rejection, you open yourself to the world of opportunity. You could meet new friends, have more romantic experiences, find a job, or get into business with someone.

Most of the things in the world happen because of other people. When you’re able to ask them, you get access to all these people. That’s why the fear of rejection is worth overcoming.

The best example is Arnold Schwarzenneger. The opinions of him differ but objectively, he is seen as a super successful person. He is the definition of a self-made man. However, when people asked him, he rejected the idea of being a self-made man. He replied with:

‘I am not a self-made man. I got a lot of help. Like everyone, to get to where I am, I stood on the shoulders of giants. My life was built on a foundation of parents, coaches, and teachers; of kind souls who lent couches or gym back rooms where I could sleep; of mentors who shared wisdom and advice; of idols who motivated me.’

After you stop fearing rejection you can ask for anything and that can lead to amazing results. And what’s the worst thing that can happen? You get rejected.

But getting rejected isn’t that terrible and here’s why:

2. Mindset shift: It's okay to be rejected

When you realize that being rejected is fine, you’re halfway done with overcoming the fear of rejection. These are the reasons:

Rejection is just an opinion.
Realize that the person rejecting you isn’t really rejecting you. Most of the time, they’re rejecting your request. Maybe they were asked something similar in the past and it led to a negative experience.

Rejection is human.
The other person is as complex as you are. They have a lifetime of experiences that can lead to rejecting you. Maybe they’re having a bad day, got into a fight with their significant other earlier in the day, got yelled at by their boss, or they might be feeling sick.

We all have this tendency to think that when other people do something bad, it’s because of their traits and personality. We forget the situational factors altogether, so when someone is rude to us, we think that’s how they are all the time. However, most people are trying to be happy and go about their lives just like we do. Maybe the guy was rude to us because he was really stressed and couldn’t handle it. Situational factors can explain a lot about a person's behavior.

Nothing is going to happen most of the time.
When you get rejected, it’s not the end of the world. One person was rude to us but so what? They might just be angry at the world for their failures.

Realize people don’t talk about you all the time.
You might remember the rejection while the other person goes on with his life.

The rejection is infinitesimal in comparison to everything else.
When you ask other people for something, the negative outcome is likely a rejection. However, the positive outcome can be anything from not bad to life-changing.

Let’s say you ask a girl out. She might reject you. Life goes on. Alternatively, she might accept your invitation for a date. You could fall in love, find out she’s a keeper, and marry her. You could have kids and spend the rest of your lives together.

It’s the same when you ask someone for a job. You might get rejected and life would go on. But you also might open yourself up to a fulfilling career.

Now you know that it’s okay to be rejected, but even so, you can do certain things to avoid that outcome.

3. Reduce the probability of getting rejected

The biggest factor that can help you not get rejected is giving your reason.
If you add reasons for why you’re making the request, it reduces the probability of getting rejected.

The reasons don’t even have to make sense. (Though giving honest reasons is always better.)

Do you want to try it? Go into a grocery store and have one item you want to buy. When you get into a line, ask the person in front of you, ideally with a full shopping cart, if you can skip them. Don’t forget to add a reason like: ‘because I have just one item’, or ‘because I’m in a rush.’ It’s such a reasonable request that it will work most of the time.

This one isn’t always possible but if you can, align your request with your audience.
It’s easier to sell food to a hungry person.

Reduce the probability of getting rejected by adding reasons and aligning with the other party.

4. How to behave after getting rejected

Ask why they are rejecting your request.
When you ask them why they’re rejecting your request, most people will tell you. When this happens, it clears the air. First, you find out why you weren’t successful which can remove all negative emotions you might feel toward this rejection. Maybe they’re simply in a rush and can’t talk to you now or maybe they’re not interested because they’ve already done it.

Second, it can give you information on how to tailor your request to this person to increase your probability of success. That can range from asking for a less or simply rescheduling for another time.

Third, it gives you feedback on what to improve the next time you need to make a request.

The best way to stop caring about getting rejected is to get rejected often.

Hi, Matej here. I got robbed when I was 11 and it made me scared of going outside. Because of this experience, I was really scared of talking to people I didn’t know. I realized this when I was 16 and decided to change it. I challenged myself to talk to a stranger every single day. I had to talk to strangers everywhere. Waiting for a bus? Talk to people waiting there. At first, all I could do was to ask them when the next bus was coming and even this simple request was daunting for me.

Over time it developed into a habit and I started to challenge myself until I could converse with total strangers about anything, anywhere. It gave me new lifelong friends and opened me up to new business opportunities. Hell, even this site exists because of this skill.

When you ask, things start to happen.

Watch this short talk about getting rejected again and again.

It might inspire you to take on a similar challenge. Actually, it’s one of the best ways to get comfortable with rejection. You don’t have to be so drastic. You can begin with simple requests like I did and increase the difficulty over time.

Summary: How to overcome the fear of rejection

Dealing with the fear of rejection is one of the most important skills in life. Things happen because of other people and you can go only so far without interacting with them.

Use these tips. Ask someone for something today. It can be a small request or it can be a large one.

Practice overcoming the fear of rejection because you never know when you’ll need to ask for help.

How to recover from addiction 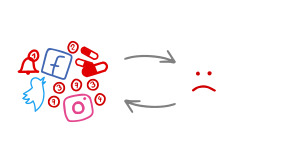 Why and How We Procrastinate

Want to stop procrastinating and start working? You need a prompt 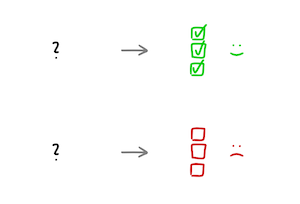